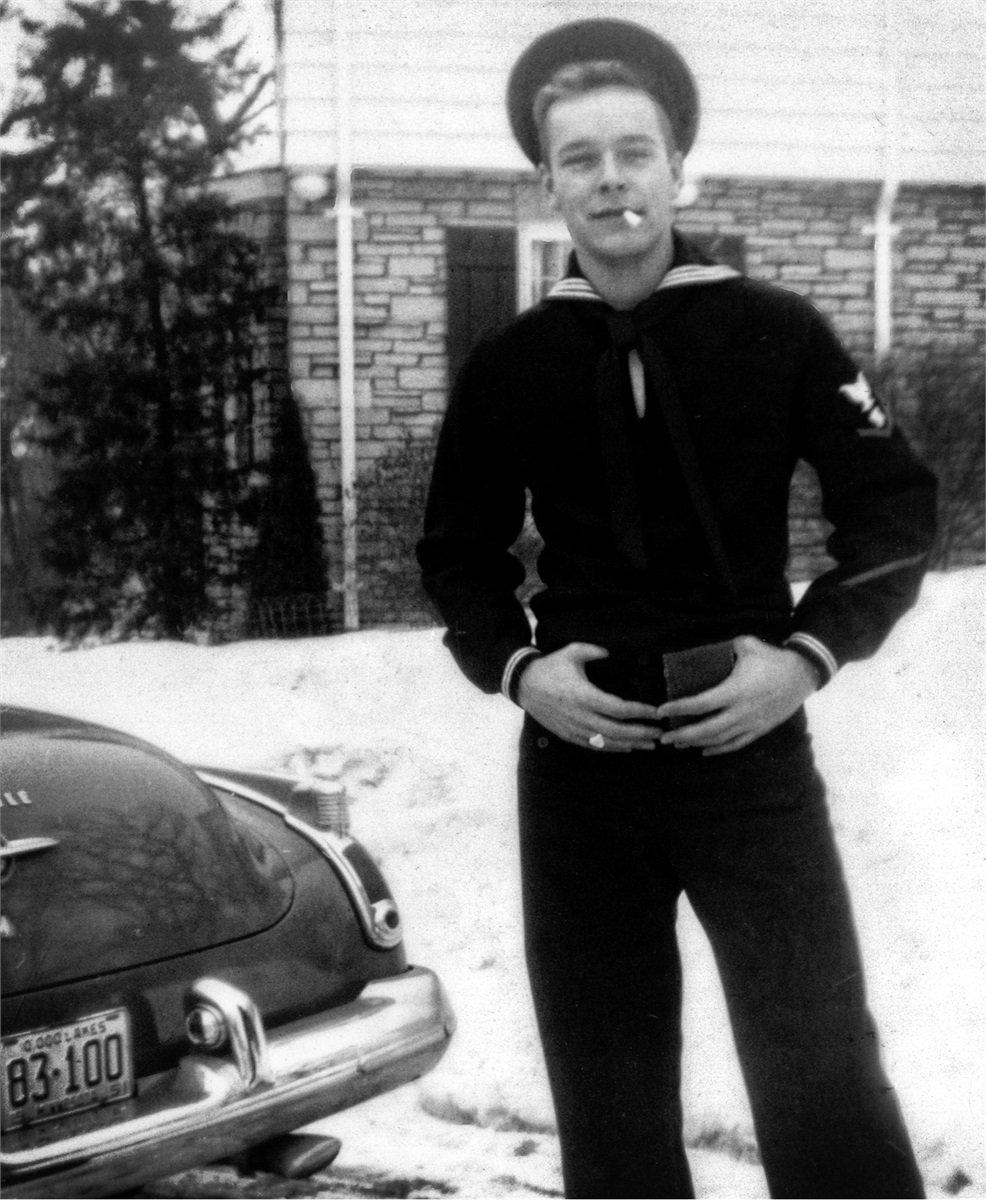 A Salute To Our Veterans On This Memorial Day

My father joined the navy at age 18 in early 1945. And with his other navy crew-members, they steamed off toward Japan to engage in the south Pacific. Most military experts at the time projected extremely large casualties. However, just prior to their arrival President Truman, on August 6, 1945, decided to drop a five-ton bomb on Hiroshima. Another bomb followed shortly thereafter when Japan didn't surrender immediately. Japan then surrendered and the war was finally over on September 2, 1945. It began on September 1, 1939 lasting six years. 75 million people died including 20 million military and 40 million civilians.

My father went on to serve in the Korean War, also in the navy. That war lasted three years from June 25, 1950 to July 27, 1953. 5 million people died, half civilians. This photo is from 1951 (see the Minnesota license plate) when my father was visiting my mother in Minnesota while on shore leave.

He passed away this past fall 2019 at age 92 with his many kids, grand kids and great grand kids sharing their many love-filled memories with him.

We salute all our veterans who have helped us create and preserve our unique freedoms in this great United States of America.