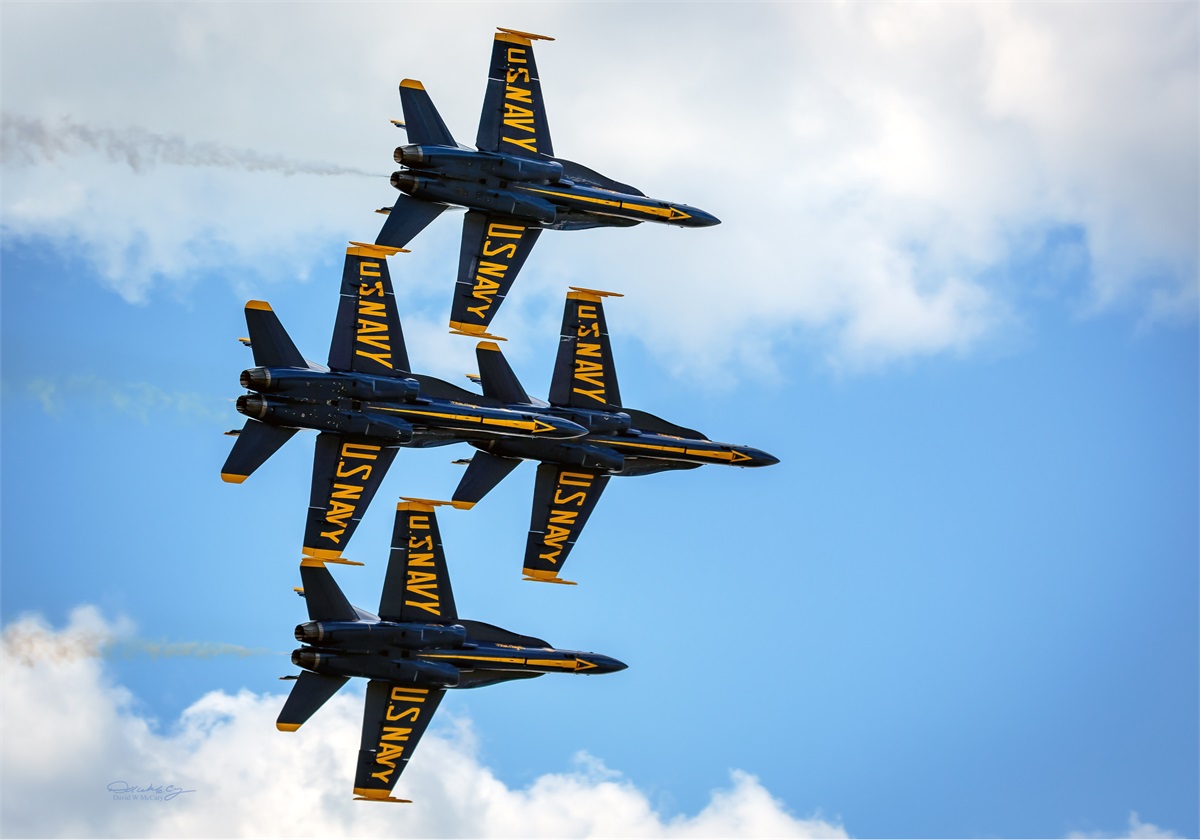 I was able to photograph the Blue Angels last summer at the Stewart Airport Airshow in New York. They have a long and interesting history.

The Blue Angels typically perform aerial displays annually in at least 60 shows at 30 locations throughout the United States and two shows at one location in Canada.[2] The "Blues" still employ many of the same practices and techniques used in the inaugural 1946 season. An estimated 11 million spectators view the squadron during air shows from March through November each year. Members of the Blue Angels team also visit more than 50,000 people in schools, hospitals, and community functions at air show cities.[3] Since 1946, the Blue Angels have flown for more than 505 million spectators.[4]